This smoked Bacon Wrapped BBQ Fatty Recipe is the best thing you will grill all weekend. Crispy bacon, ground pork, homemade mac and cheese, BBQ sauce…this recipe is easy and fun to make and easy and fun to eat!

This post was sponsored by Head Country. All thoughts and opinions expressed are my own.

There isn’t much that makes people more curious than the words “bacon weave”. Pair that with “mac and cheese stuffed” and “BBQ sauce” and you’ll have people scratching their heads not knowing what their mouth is watering for.

Well, it’s this bacon-wrapped BBQ fatty. And just wait until you try it.

If you are a fan of bacon-wrapped recipes, be sure to check out bacon wrapped chorizo jalapeño poppers or bacon wrapped beer brats.

What is bacon wrapped fatty?

Thick-cut bacon is weaved together, topped with pork sausage and homemade mac and cheese, then rolled up into a log and smoked until steamy and crispy.

Once you have mastered the woven deliciousness part, you can put your signature spin on them in a thousand different ways by seasoning the sausage or stuffing with anything.

What the fatty is filled with varies and I have seen everything from cheesesteak to burger fixings inside of them.

To make the bacon weave

You’ll start by dividing your bacon into two equal piles.

Arrange half of the strips onto a clean work surface, length to length. This should form a square. Fold back every other strip of bacon.

Starting with the reserved half of bacon, lay a strip perpendicular across the square of bacon.

Fold up the previously turned down strips to weave the first piece in place. Fold down the strips that you didn’t turn down previously (every other one.) You should start to see a weave forming.

Arrange the next slice of bacon across the square, folding the turned down strips to form the weave. Repeat these steps until all the bacon is used up, adjusting the length as needed.

To make the BBQ pork filling

Press the filling evenly over the bacon weave.

Spoon the mac and cheese into the center of the pork, leaving a 1” edge from the top and bottom.

Starting with one edge, roll the BBQ fatty up, making sure the bacon weave comes with it. Pinch the edges together along the crease and on both ends.

Fold the bacon in on itself to secure, then sprinkle with additional seasoning.

To smoke the BBQ fatty

Lay the BBQ pork fatty, seam side down, on the cooler side of your smoker.

Cover and smoke until the internal temperature reaches 165ºF and the bacon is crispy, then remove from the smoked fatty from the smoker, cool, slice, and serve with BBQ sauce for dipping.

What temperature to smoke a fatty

I smoke the BBQ fatty at 225ºF which cooks the fatty throughout and crisps the bacon just right. This usually takes about an hour to achieve. If your smoker comes with a sear setting, you can use this at the end, with caution to avoid flare ups, to crisp the bacon even more.

Make sure your pork temps at 165F per USDA safety recommendations with an instant-read thermometer.

If you feel like pork sausage with the bacon weaved around it is taking pork to an extreme you can’t quite handle, feel free to get creative. Once you’ve mastered the woven deliciousness part, you can put your signature spin on this bacon wrapped fatty in a thousand different ways.

You can even make a few varieties for your next football game. (Yes, they are that easy.) And everyone loves them!

Leftover fatty will last in an airtight container in the fridge for 3-5 days.

Want more fun grill recipes for friends? Try some of my favorite recipes

If you’ve tried my Smoked Bacon Wrapped BBQ Fatty recipe, or any other recipe on GirlCarnivore.com please don’t forget to rate the recipe and let me know where you found it in the comments below. I get inspired by your feedback and comments! You can also FOLLOW ME on Instagram @girlcarnivore as well as on  Twitter and Facebook. 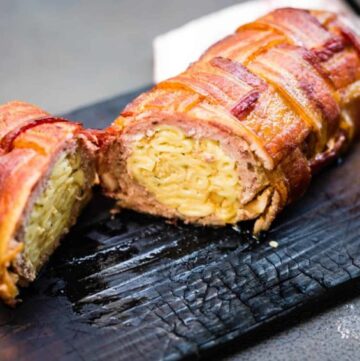 To Make the Bacon Weave

For the BBQ Pork Filling:

You can use a variety of stuffings. Make sure your bacon cooks until it is toasted enough to hold everything together – but not too crispy where it becomes fragile. This version was smoked on a Traeger pellet grill, but this could be made on any version of smoker or grill designed for indirect heat. 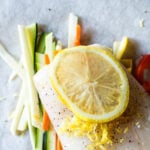 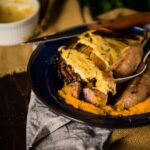 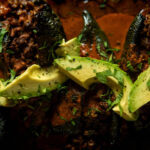 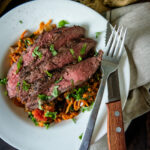 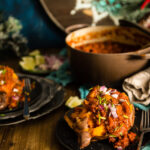 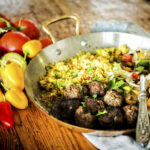