Enchiladas Zacatecanas; the creamy green pepper based sauce doesn’t bite at all and the bits of crumbled cheese in there go a long way, without over powering the flavor of the pork. 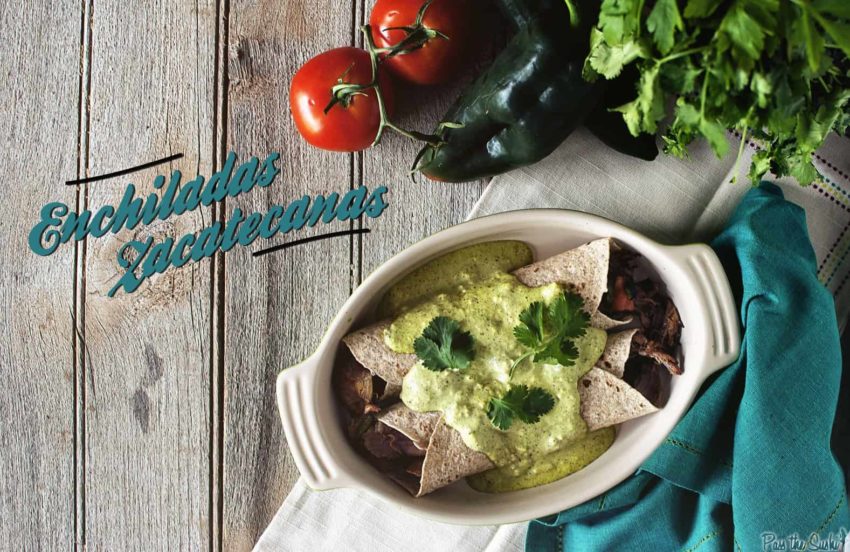 Don’t you even dare look at that green sauce, shrivel your nose and close this tab. Cuz I’m here to tell you it’s awesome. This green sauce is made mostly of roasted poblano peppers, a dash of cream and handful of cilantro. It is that simple.  All of it goes into a personal blender real quick before being warmed on the stove top. It’s a) delicious. and b) stupid easy.

So before you back away in fear of trying something new, take a deep breath. Trust me. Have I steered you wrong yet? The creamy sauce doesn’t bite at all and the bits of crumbled cheese in there go the distance. With red sauce, I normally drown my enchiladas, but this green pepper based sauce really went a long way without over powering the flavor of the pork.

Make these Enchiladas Zacatecanas.  It is easier than saying it.

Oh, still need a killer pork recipe for inside these bad boys? Check out the carnitas I posted the other day.

If you’ve tried my Enchiladas Zacatecanas recipe or any other recipe on GirlCarnivore.com please don’t forget to rate the recipe and let me know where you found it in the comments below. I get inspired by your feedback and comments! You can also FOLLOW ME  on Instagram @girlcarnivore as well as on  Twitter and Facebook. 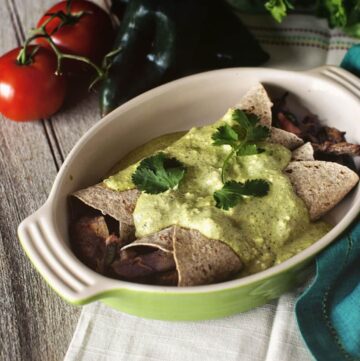 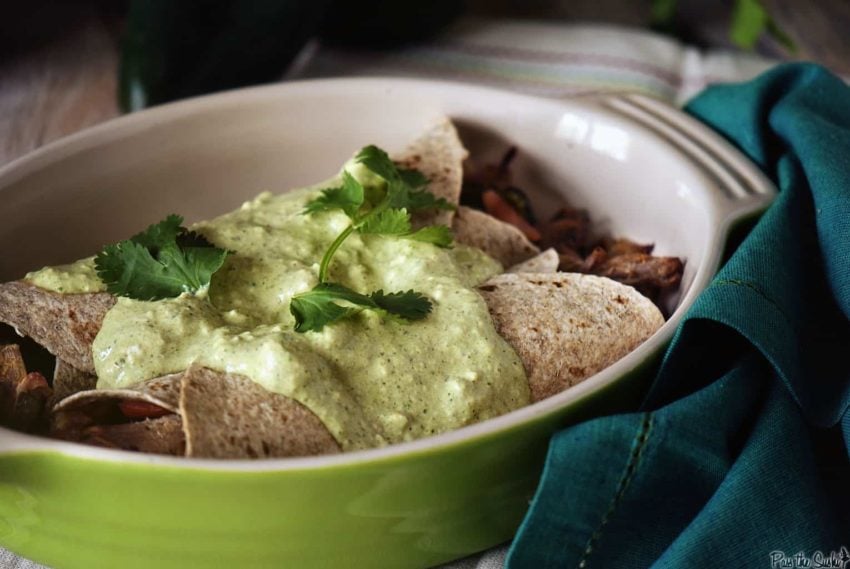